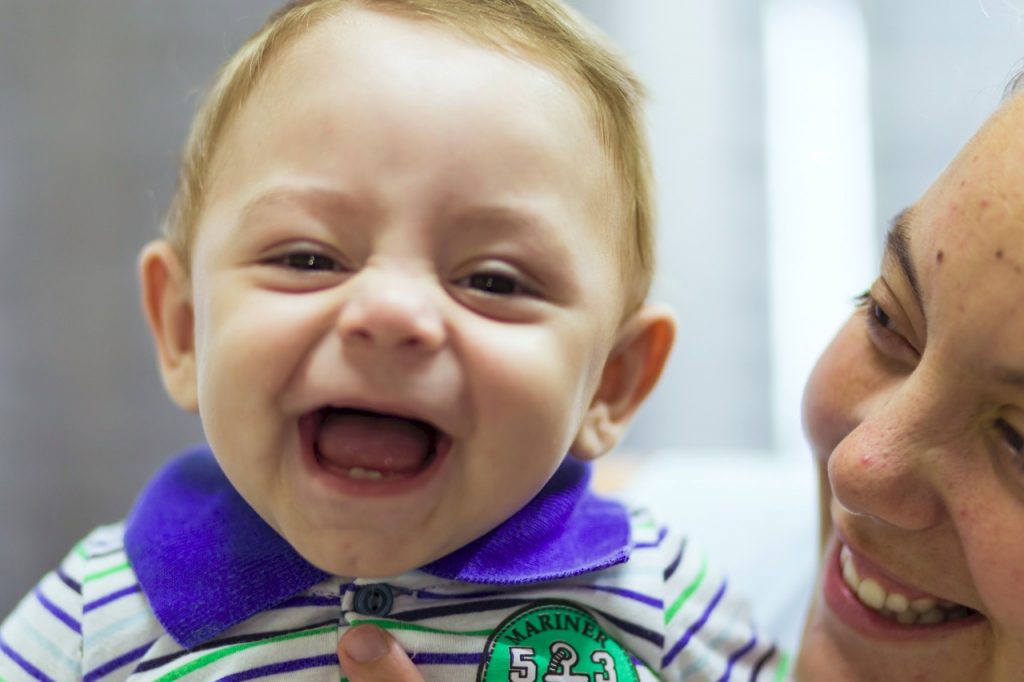 Little Ryan Mateus dos Santos Martins was only able to meet his home at eight months old, after finally being discharged from the Hospital. He was born in Palmas, in the state of Paraná, and presented complications a few days after birth. “His stomach began to swell and he went to the Intensive Care Unit in a town close to ours where he stayed for over fourth months. He had to go under four surgeries and was using a feeding tube,” stated his mother Jéssica Klein, who is 21 years old.

Due to this condition, Ryan lost part of his small intestine and has short bowel syndrome. When he arrived at Pequeno Príncipe Hospital, he was five months old and being fed through a catheter and ingesting only a small amount of milk through his mouth. “When I arrived at Pequeno Príncipe, I realized our life was about to change. He wasn’t put in the Intensive Care Unit but in a room. They increased the amount of food he could orally ingest, they started to feed him mushed fruits and reduced the intravenous feeding. From that day, my son’s life started to change,” said his mother.

Little Ryan was discharged from the hospital when he was eight months old and was finally able to meet his home. “I can’t even describe my happiness. They said my son wouldn’t survive and now I get to see him trying to take his first steps, able to eat everything and growing,” celebrates Jéssica.

Ryan still receives monthly checkups in Pequeno Príncipe Hospital’s Nutritional Support area, in the Intestinal Rehabilitation Service. He is fully progressing, both physically and psychologically. The family receives, at Pequeno Príncipe Hospital, orientation about development during early childhood, offered by the project “Saber + Participar Melhor” (which integrates knowledge and participation). At this stage, love and stimulation help to potentialize the full and enriching growth of the child.