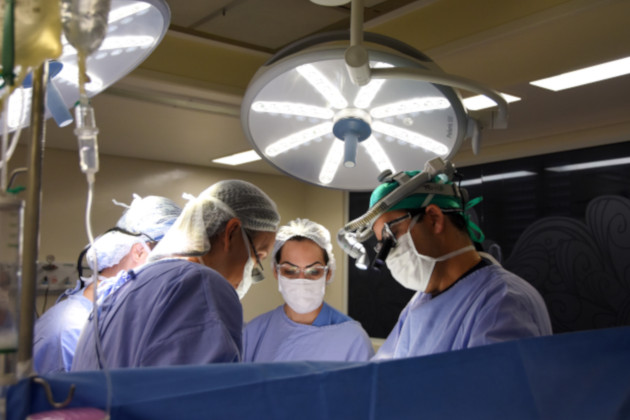 “The surgery performed in Pequeno Príncipe was very difficult, because the patient was very sick. But we’re pleased with the result. It was very important to me to be a part of this moment because I’m from Curitiba and Pequeno Príncipe Hospital is very special to me. It’s very rewarding to work with such high qualified professionals and share new insights,” he stated.

And this is one of the subjects of the Pequeno Príncipe News’ 14th edition, that also presents an article about the teaching of Pediatrics in the Hospital, something that is part of Pequeno Príncipe’s DNA. Since the beginning of its activities, over 100 years ago, the institution has been committed to qualifying new professionals and sharing knowledge, with the understanding that this is a broaden way of promoting the health of children and adolescents all over the country. Only in the medical residency program, which began in the 1970’s, 130 new pediatricians and specialists graduate every year.

Another report of this news’ edition is about the release of the book “Attention Deficit Hyperactivity Disorder (ADHD): How to Understand and Help your Child!”, that is another contribution to society from Pelé Pequeno Príncipe Research Institute’s researchers. The book – published in 2019 and signed by the neuroscientist researcher Dr. Mara Lúcia Cordeiro, the neuropediatrician Dr. Antônio Carlos de Farias and Maria Cristina Barrionuevo Bromberg chief educator in neurodevelopment – presents information that contributes to reducing stress and improving the quality of life for children with this diagnosis and their families.

At last, an article tells the story of the Medical student Tiago Rossi da Cunha Torres. His trajectory with Pequeno Príncipe began 28 years ago, when he was just 45 days old. His family went to the Hospital for a simple x-ray because of a bronchopneumonia. However, the exam revealed a serious condition: a diaphragmatic hernia, which is a birth defect in the diaphragm that causes an abnormal opening in the thoracic cavity. When he was almost two years old, the family had to go to the Hospital again because Tiago felt suddenly ill. He was diagnosed with supraventricular tachycardia. Over 20 years later, the institution came back to his life and, in the 2020 second semester, the future doctor will graduate as part of Pequeno Príncipe College’s first Medical class.

Click here and read the full-length articles in the 14th edition of Pequeno Príncipe News.