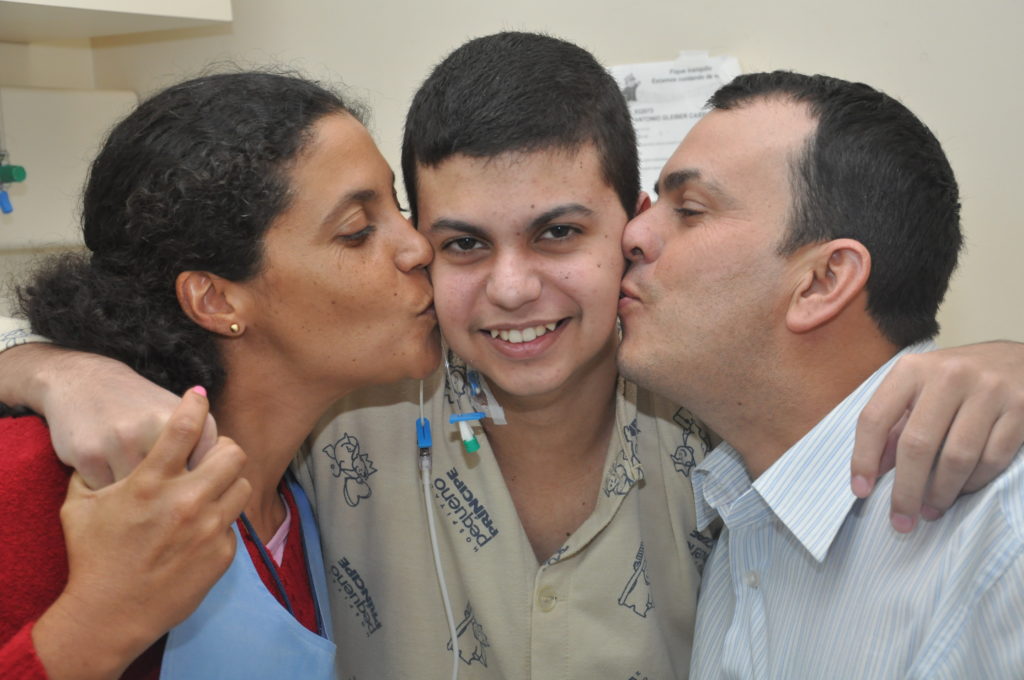 In 2014, Juninho, a patient from the city of Campos Gerais, in the state of Minas Gerais, some 470 miles away from Curitiba, was first treated at the Pequeno Príncipe Hospital. Juninho suff a syndrome that affected his intestine and required a transplant. Because of his illness, he was fed exclusively by probes. At 5’6″, he weighed only 88 pounds.

Bowel transplant techniques in Brazil still haven’t reached satisfactory results, and so the surgery could not be performed there. For nine months, Juninho remained at the Pequeno Príncipe Hospital, waiting for a court order to grant him the support so the he could undergo a transplant in the United States. When he left the Hospital, he weighed 154 pounds and was already 6′ high, physically able to undergo the procedure, which was conducted by Dr. Doctor. Rodrigo Vianna, of the Miami Transplant Institute.

The surgery was a success. After his recovery, Juninho returned to the Pequeno Príncipe Hospital to meet with the team that prepared him for the transplant. You can check out how this exciting reunion went by clicking here.