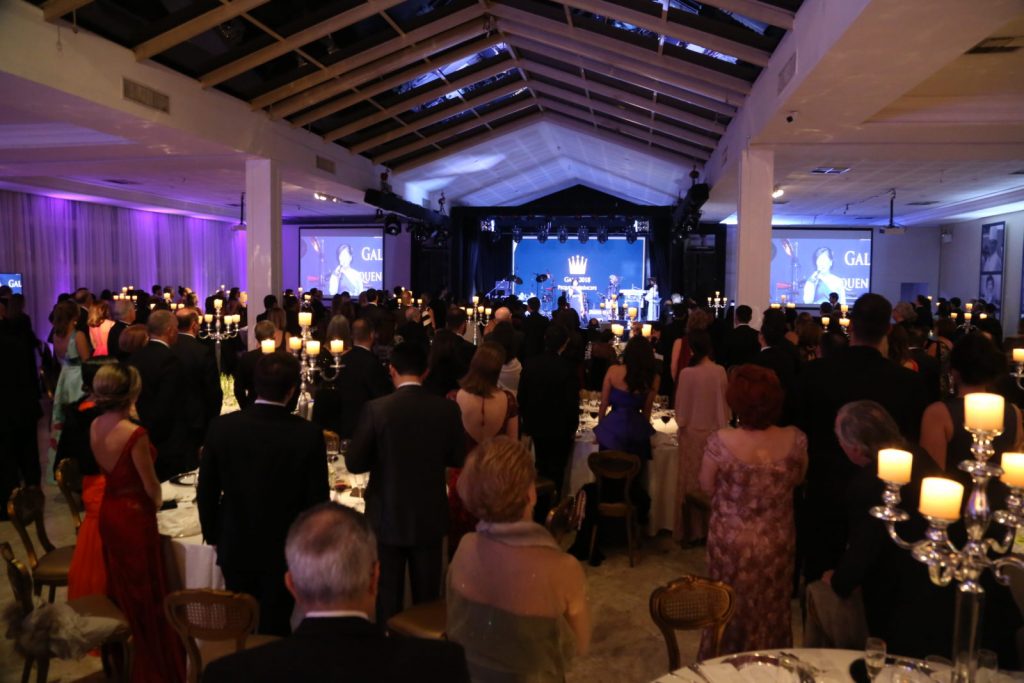 On the 5th of October, Pequeno Príncipe Hospital brought together about 350 supporters for another edition of the Pequeno Príncipe Gala, that this year returned to Curitiba. Castelo do Batel, a highlight of the state’s capital, was the chosen venue for the party that kicked off the beginning of the celebrations for the 100 years of the institution.

The Pequeno Príncipe Gala has the goal of raising funds for the institution’s healthcare and research activities. And once again, the supporters showed their strong commitment to the cause of children’s health and helped exceed the fundraising goal. “We are grateful for everybody’s increasing support that positively transforms the health of children from our country,” pointed out Ety Cristina Forte Carneiro, Pequeno Príncipe’s executive director. 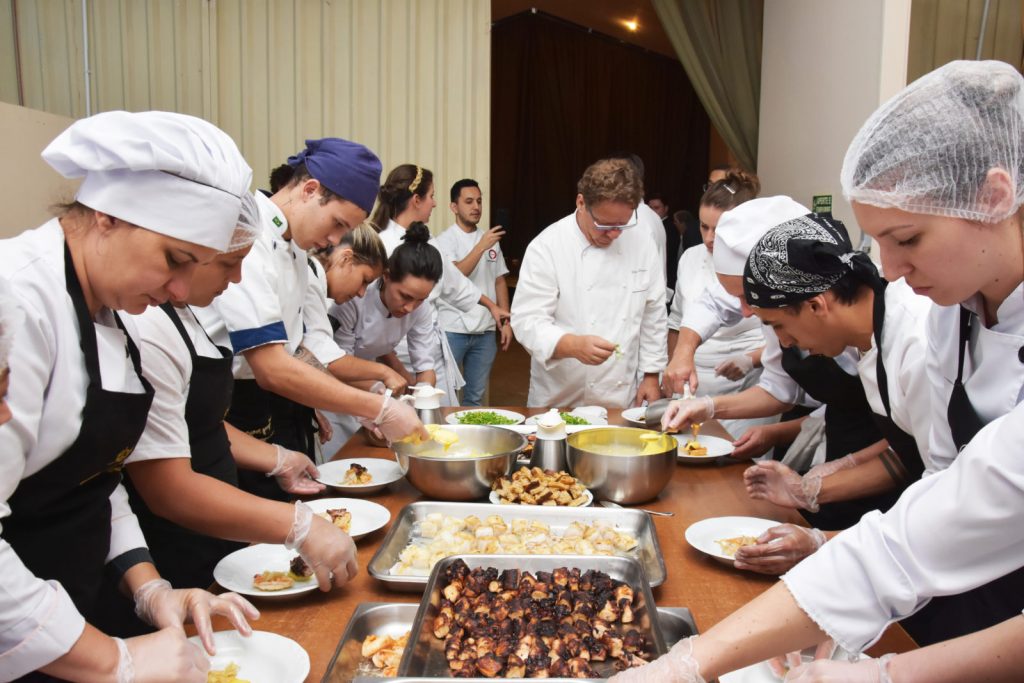 Haute cuisine
As well as nourishing the body, food is also able to evoke in each person a wide range of feelings, memories and care. It is also able to mobilize for a greater good and Pequeno Príncipe Gala is proof of that. For the past seven years, the project has counted on the wonderful partnership of Claude Troisgros, renowned French chef settled in Brazil. He took on the event in such a special way that he became the project’s patron. Yearly, he mobilizes his personal network and invites other chefs to join this cause, as well as personally preparing one of the dishes served during the dinner.

Over the years, 27 chefs from Brazil and from other five countries have participated. Voluntarily, this group of talented and distinguished chefs have donated their time and talent, transforming the Gala into an event that is notable for the high level of the cuisine serving during the dinner.

Chef Micha is the head of the Peruvian restaurant Maido, a two Michelin Guide stars and acclaimed the best restaurant in Latin America and the 4th best in the world by Best Restaurants magazine. He was in Curitiba for the first time for the 2018 Pequeno Príncipe Gala and visited the Hospital. He felt moved when he saw the children in treatment and said he was surprised by the institution’s technology, organization and kindness. “It’s an example to follow. I feel very happy to be able to cook to support this cause and now I feel like I’m a part of this group of ambassadors for Pequeno Príncipe,” he stated. 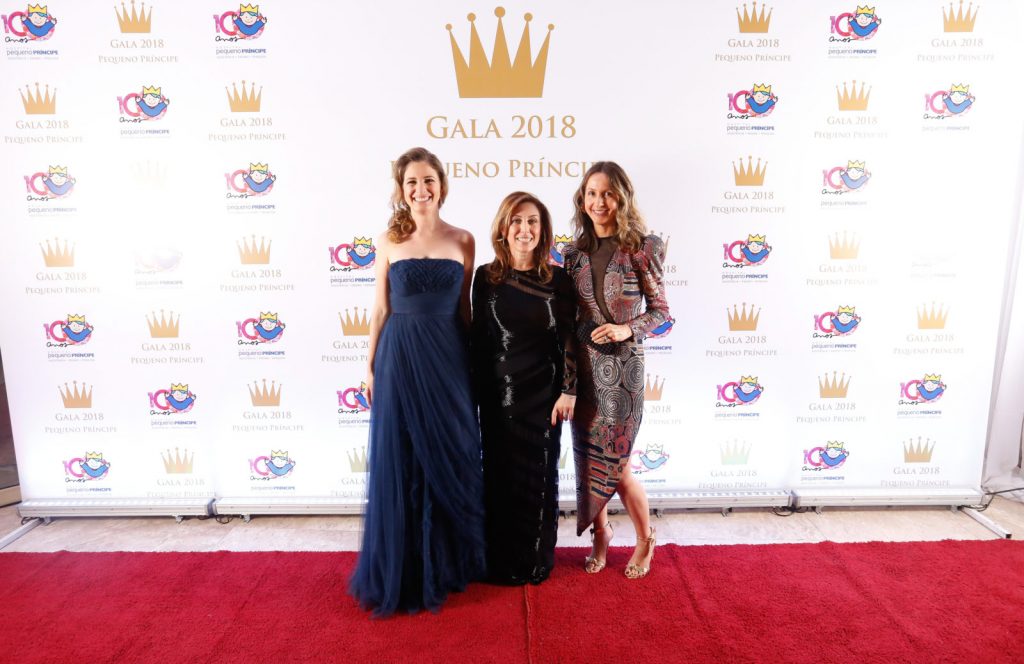 Co-chairs
The gala’s success was only possible due to the tireless work of the event’s co-chairs: Daniele Giacomazzi Behring, Amalia Spinardi Thompson Motta and Monique Nosé.

“I want to dedicate this night to everybody who has the gift of caring, of thinking about the other,” emphasized Daniele, also a Pequeno Príncipe ambassador, on the occasion, acknowledging all the professionals that are dedicated to healthcare and research activities to provide better treatment, prevention and cure.

Amalia made a point of thanking the institution’s board of directors for the opportunity to be a part of this project and her friends for their engagement in the cause. Monique made a touching comparison of the Hospital’s staff to stars, capable of making hope shine through and who guide the way through fear and darkness. 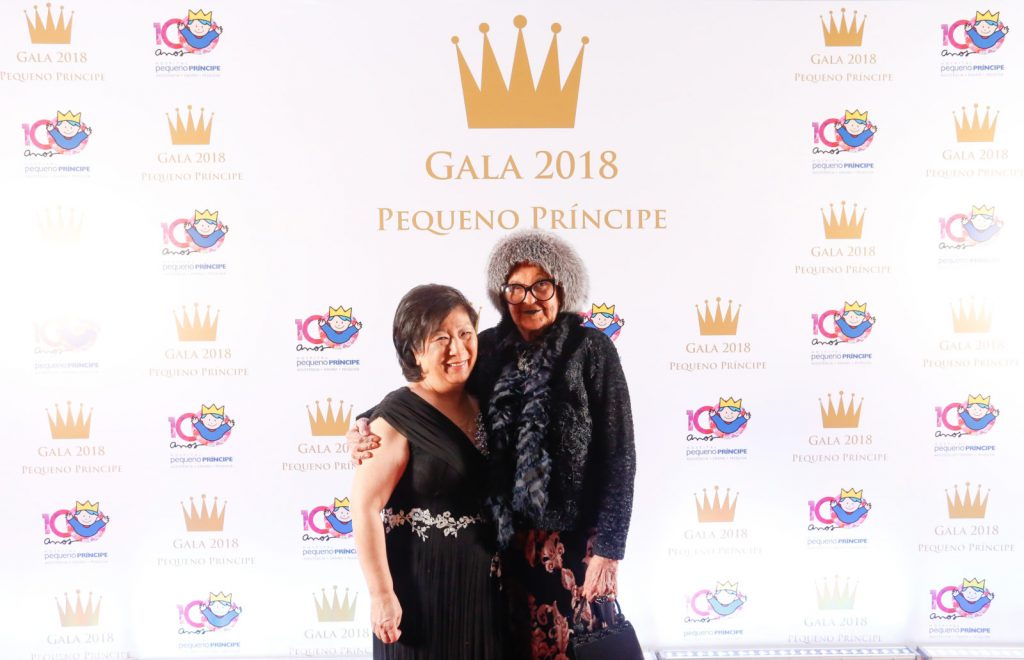 Honorees
The night also honored Ety Gonçalves Forte and physician Flora Mitie Watanabe, who have dedicated their lives to transforming the lives of children and teenagers from all over the country. Ety is a volunteer and has been president of the Dr. Raul Carneiro Hospital Association for Childhood Protection for 52 years. With emotion and memories of great work, she reminisced about the beginning of her journey and emphasized the support she has always received from the community.

Flora, a pediatric oncologist that has been working for over four decades in the care and treatment of boys and girls with cancer, was applauded when she said her place was at the Hospital, close to the patients, and was generous and humble to be honored. “This tribute is for the whole team, for everyone, like me, who has the mission of fighting every day for our children,” she commented.

The musical attractions were another highlight of the 2018 Gala. The Blitz band went on stage and took the guests on an exciting trip back to the 1980’s. Singer Rafa Gomes, finalist of the first edition of “The Voice Kids Brazil”, and the baritone Paulo Barato also performed. The DJ Edo Krause closed out the event.

Click here to see more highlights of the event.

Gala 2019
In 2019, the Gala will be held in New York. The Pequeno Príncipe Hospital expects all of its supporters in this great party that will celebrate the institution’s centennial.