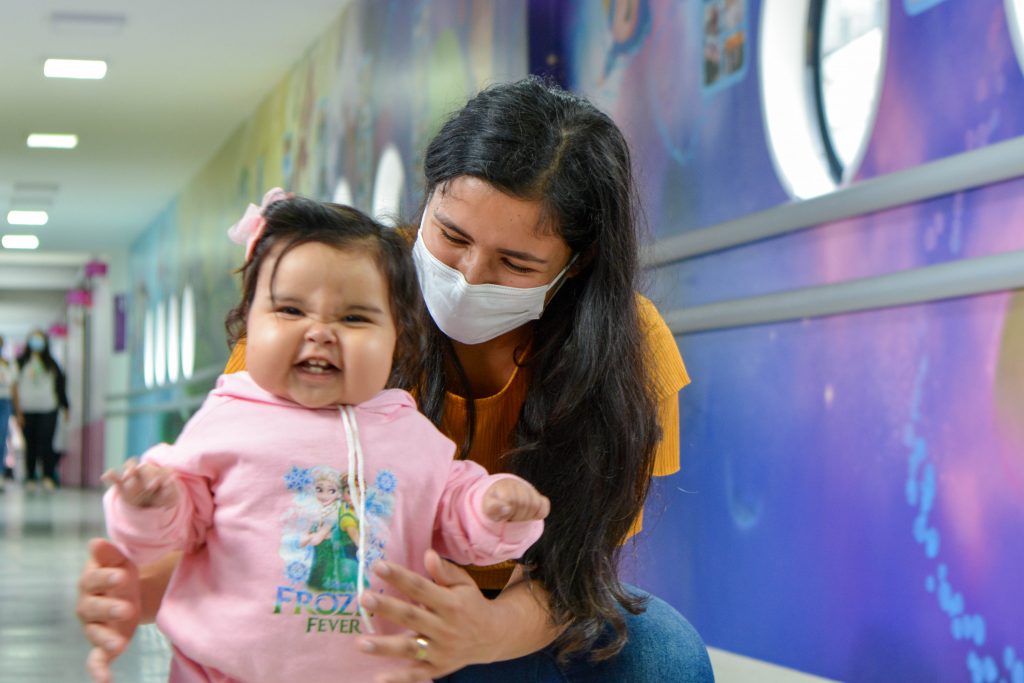 Little Maria Manuela was born in Sena Madureira, a city located 145 kilometers from Rio Branco, capital of state of Acre, in northern Brazil. As soon as she was born, doctors noticed the girl’s yellowish color, but without specialists in the region, they were unable to reach a diagnosis. Close to completing 2 months and with her health condition getting worse, the doctors decided to refer Maria Manuela to the Pequeno Príncipe Hospital, located about three thousand kilometers away.

Upon arriving at Pequeno Príncipe, the team of nephrologists discovered a rare disease and referred the little girl for a liver transplant. At the age of 4 months, she received the organ – and now, once a month, crosses Brazil with her mother to continue the follow up treatment at the Hospital.

The case of Maria Manuela is unfortunately no exception and the Pequeno Príncipe is the destination of several of these patients. “Pequeno Príncipe Hospital is a national reference center for highly complex pediatric treatments that offers care in 35 medical specialties. It is the only exclusively pediatric hospital in Brazil with this range of specialties and that provide free assistance by the Public Health System (SUS, abbreviation in Portuguese),” states the institution technical director, Donizetti Dimer Giamberardino Filho.

And you will learn more about this subject in the main article of the sixth edition of the Pequeno Príncipe News in 2022, that also presents an article about the growth in COVID-19 cases and high drug prices, which marked the first half of the year. In Pequeno Príncipe, there was an outbreak in the number of COVID-19 cases; seasonal diseases have also rebounded strongly among the children and youth population, overcrowding the Emergency Room. And to sum it up, medicines and supplies had its prices adjusted in up to 120%.

At last, the Pequeno Príncipe News talks about the details of a research project in which scientists are developing a mouth gel to treat mucositis, the main adverse effect of antineoplastic chemotherapy treatment. “Mucositis forms large sores in the mouth, causing intense pain. These wounds can facilitate the entry of pathogenic microorganisms and the development of secondary infections in the body of patients, who are normally already weakened by the chemotherapy treatment,” explains researcher Daniele Maria Ferreira. The project is being developed by scientists from the Pelé Pequeno Príncipe Research Institute in partnership with the Federal University of Paraná (UFPR, abbreviation in Portuguese) and the Federal University of Delta do Parnaíba (UFDPar, also in Portuguese).

To read the full-length articles in the sixth edition of the Pequeno Príncipe News in 2022, click in this link.