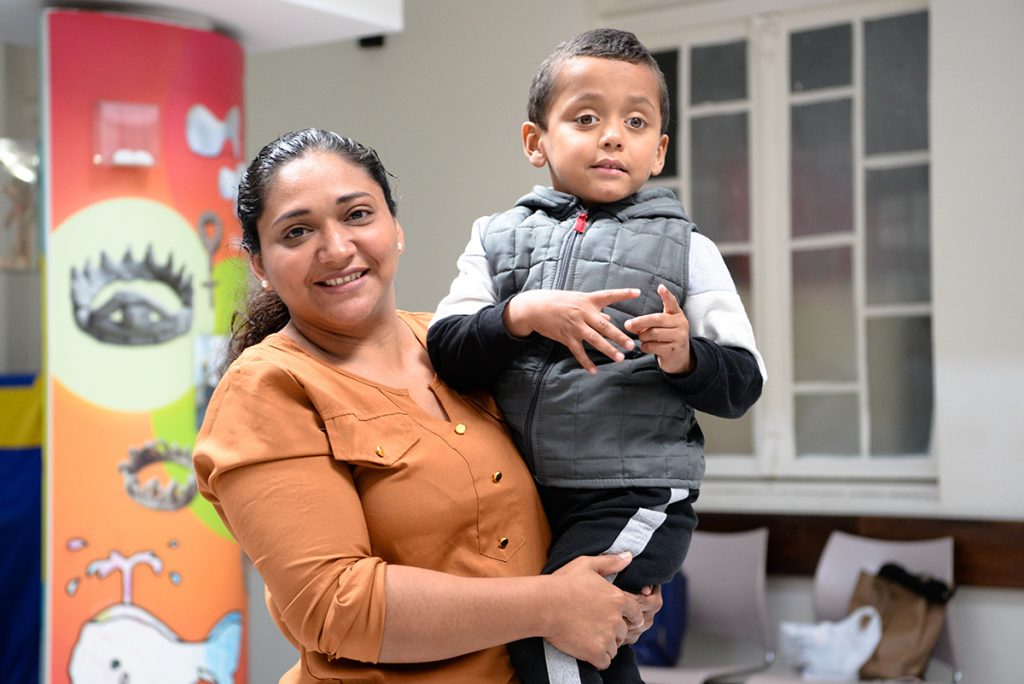 Enzo Eliseu arrived at Pequeno Príncipe Hospital in 2015 when he was only two months old, weighing less than 4,40lb. Despite his young age, the boy was already fighting a long battle for life. Born in Belém (state of Pará), he had been referred for care in a hospital in São Paulo. However, after being diagnosed with a rare disease, he was sent to Pequeno Príncipe seeking for the only treatment that could restore his health: a bone marrow transplant (BMT).

“The doctors told us that there was no time to find a 100% compatible donor. So, I was the donor myself, with a 50% match,” says her mother, Marcilene Oliveira Silva. The transplant was a success and the boy, now 5 years old, was able to overcome the severe malnutrition that threatened his life, as well as the rare disease. “Enzo is here only because the Pequeno Príncipe’s team gave themselves integrally to him. They are angels in our lives,” she declares, touched.

Enzo’s transplant is one of the 303 procedures performed during these ten years of the BMT Service at the Pequeno Príncipe. This is the subject of an article of the third edition of Pequeno Príncipe News in 2021, that also presents a report about the Pequeno Príncipe Gala, that in 2020 exceeded its fundraising goal. There were approximately US$ 300,000 raised, invested in health assistance and research activities which transform lives.

“In our strategy of financial sustainability, the Gala has a fundamental role. The solidarity of supporters beyond our borders makes us proud and motivates us to continue seeking innovative ways to mobilize society for the protection and guarantee of the rights of boys and girls throughout Brazil,” reinforces the Hospital’s executive director, Ety Cristina Forte Carneiro. In 2021, a new edition of the virtual Pequeno Príncipe Gala will be held, and information about the event will be released soon.

The third article of Pequeno Príncipe News is about the 15 years of Pelé Pequeno Príncipe Research Institute, which searches for new treatments and methods of diagnosis for complex diseases to contribute to the reduction of infant-juvenile mortality. “These are 15 years of valorization of science. We were visionaries when we created the Institute, because we believe in science, in the potential of Brazilian scientists and in innovation to face the challenges that medicine still faces,” emphasizes Ety, who also is the director-general of the Research Institute.

Click here and read the full-length articles in the third edition of the Pequeno Príncipe News in 2021.